What Does Meta Mean For The Future Of Facebook? 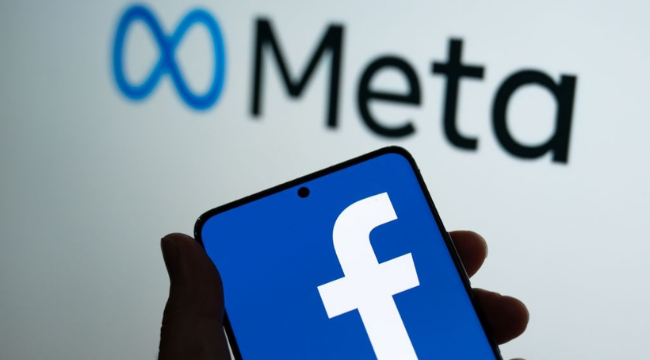 Last week Facebook underwent a major rebrand that saw Facebook change its name to ‘Meta’. Facebook founder, Mark Zuckerberg said that ‘Facebook’ did not adequately reflect all that the company does and that it was time to make a change. This will not apply to its individual platforms, such as Facebook, WhatsApp, Instagram or Oculus but rather act as an umbrella company over these apps in the hopes of building a “metaverse”. In simple terms, this refers to a collection of augmented reality and virtual reality software that aims to work in harmony with the ‘real world. Struggling to get your head around all of this? Don't worry we’re about to help.

What does the word ‘Meta’ mean?

The word meta originally comes from the Greek prefix and preposition meta, which means after or beyond but when combined with a word from the English language it often signifies change or alteration. And in the first video introducing the name, Mr Zuckerberg explained that he liked that the word “symbolised there’s always more to build”.

The move comes after a series of negative stories about Facebook, most recently from former employee Frances Haugen, some say that the rebrand came sooner than expected in an attempt to divert attention from some of these negative associations and we’ve even seen Senators dismiss the rebrand describing the move as merely ‘cosmetic’. Now, whichever side of the fence you stand, this is undoubtedly going to have some sort of impact on marketing entrepreneurs in the future, so keeping up to date from the very beginning is paramount to keep in the loop.

Let’s make one thing really clear before moving ahead, the ‘’metaverse” doesn’t yet exist in real-time and this was something that Zuckerberg was keen to emphasise, calling it a long-term product. A product that allows for an online world where people can game, educate, work and communicate in a virtual environment using VR headsets and is expected to reach a billion people within the next decades. Nick Clegg, Facebook’s vice-president of global affairs, has said he now takes his Monday morning meetings in the metaverse with a virtual table, office and whiteboard. Mind blown yet?

What does it actually change?

So, will this move change anything for the billions of people who use Facebook’s apps such as Instagram and WhatsApp? Here’s the information that you really need to know.

Now while the parent company that owns sub-brands like, WhatsApp, Oculus VR, Instagram, CTRL-labs, LiveRail (the list goes on) will no longer be called Facebook the name Facebook will still be used when you talk about the social media platform alone and day to day users will unlikely see any obvious changes. Mark Zuckerberg announced that they no longer wanted everything to have such tight links to the social media platform by switching their focus to the metaverse; ultimately freeing up more resources for virtual reality products, this will also mean that customers don't need a Facebook account to use the companies other products as listed previously.

So in short this new rebrand actually changes very little in the day to day use of Facebook for both businesses and individuals and instead marks the beginning of the long term product the metaverse.

What is a metaverse?

A metaverse has been described as the next evolution of social connection using a boundless, 3D digital world accessed as easily as the internet, where we do things like hang out in a park, play a game, see a concert or suffer through a work conference all from the comfort of our own homes. So in a similar way that we have gone from letters to texts, to photos to video, this will be the next platform, a platform that allows you to be in the experience not just looking at it… the metaverse.

Everything that we do online today whether it's work, playing games, speaking to friends doesn’t feel natural and there’s no space for real human connection, but with this new ‘embodied internet’ concept we’ll be able to experience and interact with one another in an authentic way. The feeling of presence is the defining quality of the metaverse.

There’s no doubt that this new platform will be absolutely transformational for the ways in which we can market products and services to our customers but for now it’s something that we as consumers of the metaverse won’t have full access to, but the building blocks have been made and will continue to take shape for us to use in the near future. You can be sure that the minute that changes we’ll be teaching you all about it. Stay in the loop with how Meta can be used for businesses here over on the Meta For Business IG account.

Everything Is About To Change

Want to be notified when we publish new content?

Thank you! Your submission has been received!
Oops! Something went wrong while submitting the form.